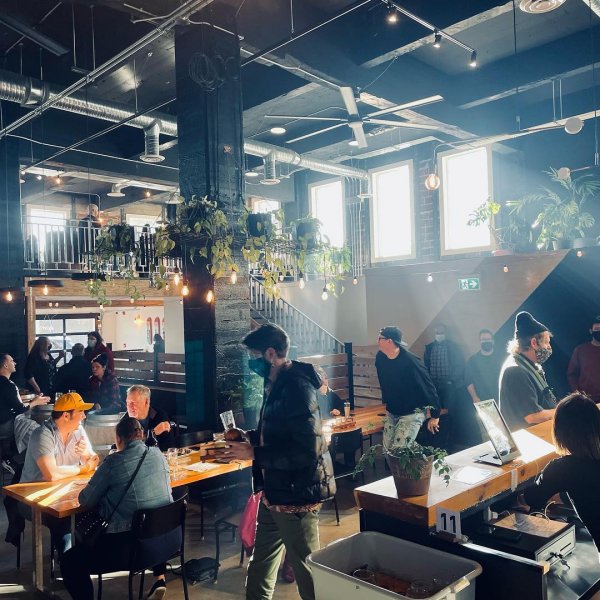 MISSION, BC – A new brewery focused on brewing “clean crisp lagers and American hop-forward ales” is now open in Mission, BC.

HUBco Brewing has been founded by Kylan and Jenna St. Jean, and officially opened its doors in late February in a spot that was previously home to a karate dojo. The two-floor space has capacity for 100 people, and features a 13-barrel brewhouse.

The food menu is snack-focused, with items including gourmet hot dogs, pretzels, falafel, and a few choices for “kiddos”.

HUBco Brewing is located at 33211 North Railway Ave. in Mission, and is open daily with the exception of Mondays. For more details including full business hours, see the brewery website.