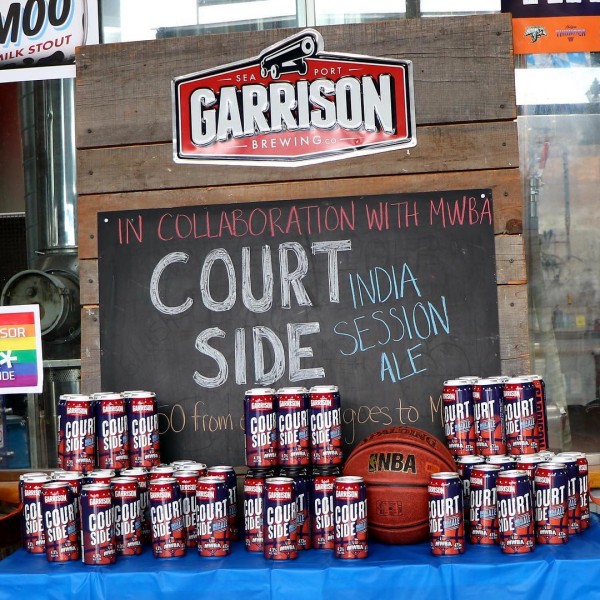 HALIFAX, NS – Garrison Brewing has announced the release of a new beer in partnership with the Maritime Women’s Basketball Association (MWBA).

Light in colour, pale straw. This ISA is bursting with aromas of peach and pear. On the palate you can expect notes of pineapple and other delicious tropical fruits. Pairs best with dropping dimes, deep threes and taking it to the hoop!

Court Side ISA was officially launched yesterday for International Women’s Day, and is available at Garrison’s retail locations and the brewery’s online store, NSLC and ANBL locations, and private beer retailers in Nova Scotia.

50 cents from each can sold will be donated to the MWBA, which starts its inaugural season on April 21st.