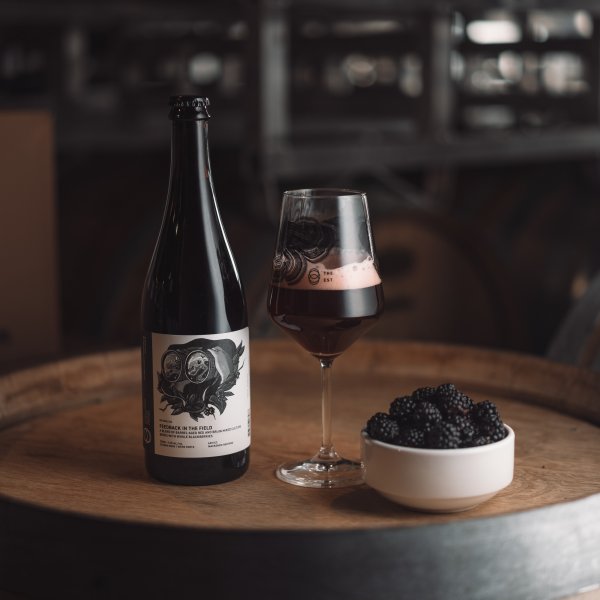 Using a whole bunch of B.C. blackberries as our star, we completed our constellation with a careful selection of barrels: two bruin, one red, and another golden rye. We opted for a darker malted base for this brew to achieve the waves of toasty caramel and wisps of chocolate that splash atop the bassy depths of the darkest berry.

After leaving our base beer to ferment for a year, we added a whole lot of whole blackberries —and whatever else hitched a ride in on their skins—before leaving it to funkify for another four months. Then came time to rehome the fruits of our labour from barrel to bottle for conditioning for another couple of months. Now, conditions are right to start serving this up, though it’ll mature into a whole different animal by the time the winter birds start returning.

Feedback In The Field is available now at the Establishment retail store and online shop.