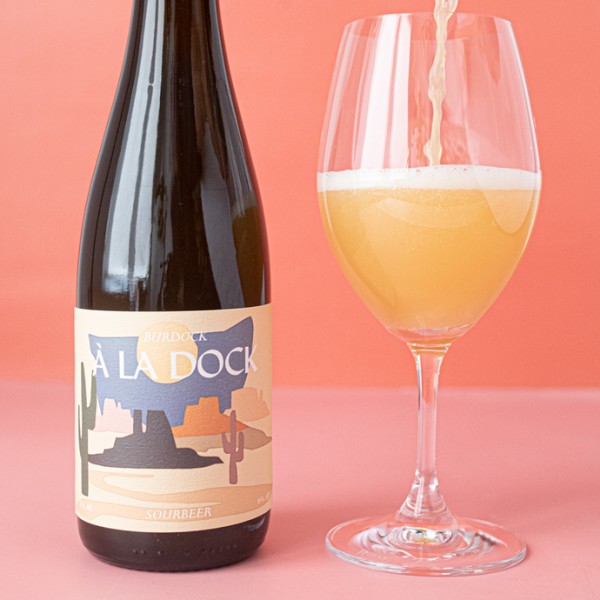 TORONTO, ON – Burdock Brewery has announced the release of a new collaboration with Microbrasserie À la Fût from Saint-Tite, Quebec.

This is a blend of beer aged on freshly pressed Chardonnay skins (then barrel aged for a year) and some 1 and 2 year old Spontaneous beer from À la Fut. À La Dock has been on a wild ride and has been resting in bottle for almost 3 years before its glorious release. It’s funky, sour, and drinks like cool climate riesling. If you’re into gueuze, #sourbeer, and candies covered in sweet/sour dust, you’re going to love this beer!