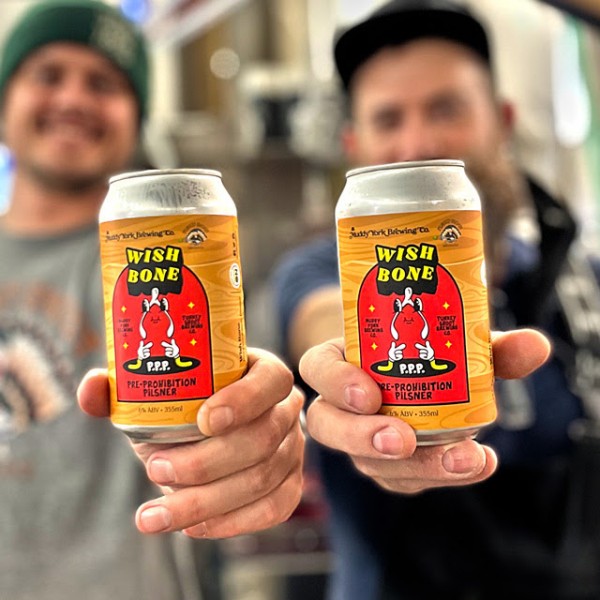 TORONTO, ON – Muddy York Brewing has announced the release of a collaboration with Turkey Shoot Brewing of Georgina, Ontario.

The term ‘Pre-Prohibition‘ Lager is used to distinguish the lagers that were first brewed by German immigrants who brought their brewing knowledge and techniques to North America in the late 19th Century. Utilizing the local ingredients accessible to them, they were brewed to a higher strength and had a more robust hop profile than what would be found in todays mass produced pale lagers. Our ‘Pre-Prohibition’ Pilsner has a rustic grain character from the use of heirloom six row barley and a light touch of honey from the addition of flaked corn. We’ve also proudly used 100% Ontario grown Mt. Hood hops from Clear Valley Hop Farm which gives this beer the classic floral aroma you’d expect from a German hop variety.