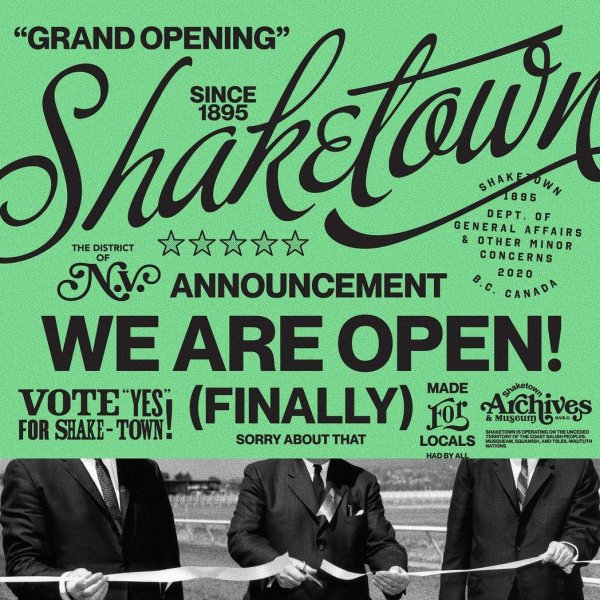 NORTH VANCOUVER, BC – The ever-growing brewery district in North Vancouver has welcomed its newest addition, with yesterday’s official opening of Shaketown Brewing.

Shaketown has been founded by long-time friends Ryan Scholz and Rohan Karnick, along with head brewer Dave Varga (previously at 33 Acres and Red Truck), and takes its name from the original name of the North Vancouver district of Lynn Valley. It’s further described as follows:

Shaketown Brewing Co. honours the rich history of its past, stretching far beyond its own brewery walls. It takes pride in its name and values the town & community above all else. Shaketown is a celebration of North Vancouver, old and new. Real and, well, not so real. The alternative facts of the North Shore. Told by real people making real good beer. Shaketown is operating on the unceded territory of the Coast Salish peoples: Musqueam, Squamish, and Tsleil-Waututh Nations.

While the Shaketown taproom and storefront is new, the name will be familiar to local beer drinkers due to the “Opening Act” series of beers that have been released over the past year via a contract brewing arrangement with Settlement Brewing.

Shaketown Brewing is located at 288 Esplanade East at St. Andrews Ave. in North Vancouver. For more details, see the brewery’s Instagram feed, and the recent profile in Scout Magazine.