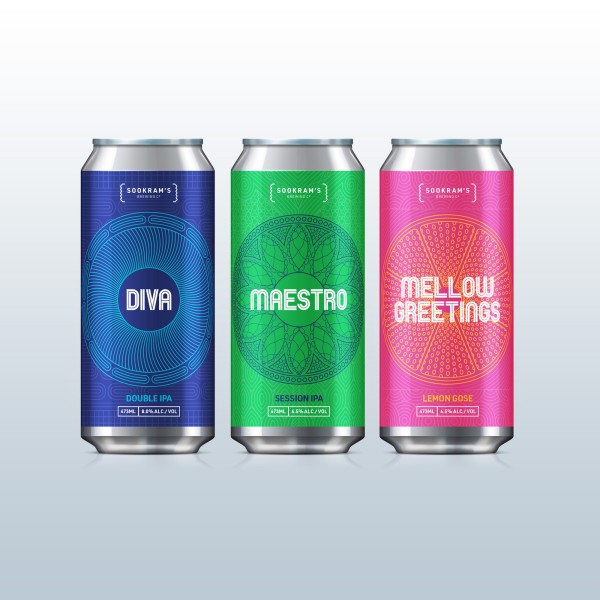 WINNIPEG, MB – Sookram’s Brewing has announced details of several new beers that are being released this weekend to mark the brewery’s 3rd anniversary.

Mellow Greetings is an easy drinking beer that is bright and tart. This beer has the addition of lemon peel, coriander and salt.

Diva is a big hoppy West Coast style Double IPA. This double dry hopped DIPA has big hoppy flavours of citrus and pine from the Simcoe & Cryo Idaho 7 hops, and subtle coconut from the Sabro hops.

The beers above will go on sale tomorrow (Saturday March 12th) at 10:00 AM in the Sookram’s online store, and in the brewery taproom when it opens at 12:00 noon.