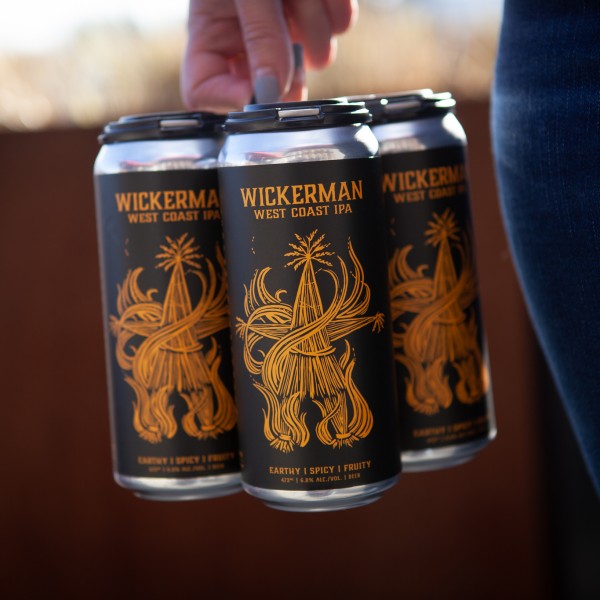 VANCOUVER, BC – Strange Fellows Brewing has announced a new release that has arrived “just in time to say farewell to Winter!”

In days of old, the Wickerman, symbolic King of Winter, was made with Autumn’s last sheaf of straw, then given the hearthside seat of honour over winter. Come Spring, he was burned in sacrifice to banish Winter & to bring protection & fertility to his hosts.

If the Wickerman had a final request before he was torched, it would be for a glass of this fruity & spicy thirst-quenching IPA. Brewed with 4 killer Yakima hop varieties – Columbus, Ekuanot, Amarillo, and Simcoe – it’s earthy, spicy, and fruity all at once. The bitter pithy finish is backed up by a soft sweet malt character.

Wickerman is available now at the Strange Fellows retail store and online shop.