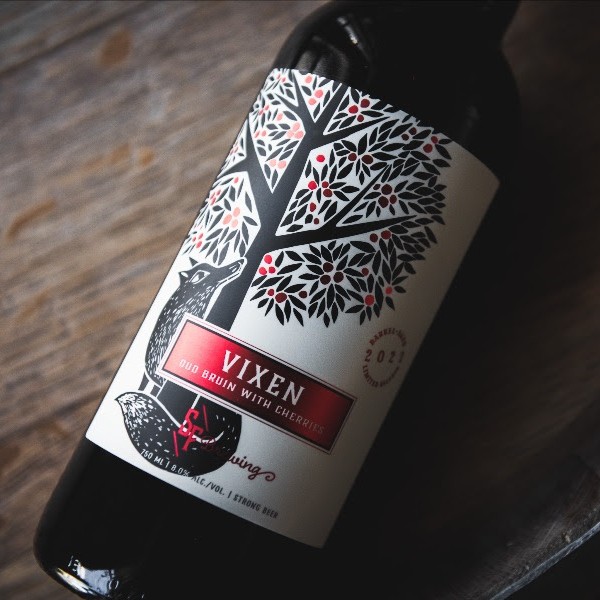 VANCOUVER, BC – Strange Fellows Brewing has announced the release of a new limited edition barrel-aged ale.

The ever-so charming friend of Reynard, Vixen takes the natural fruity character of a vintage oud bruin to a new level by luxuriating in French oak with copious amounts of ripe cherries. Soft, tart, and full-bodied with a delightful sour cherry pie character, she will captivate all those who drink her.

Vixen will be released tomorrow (March 17th) at the Strange Fellows retail store and online shop.