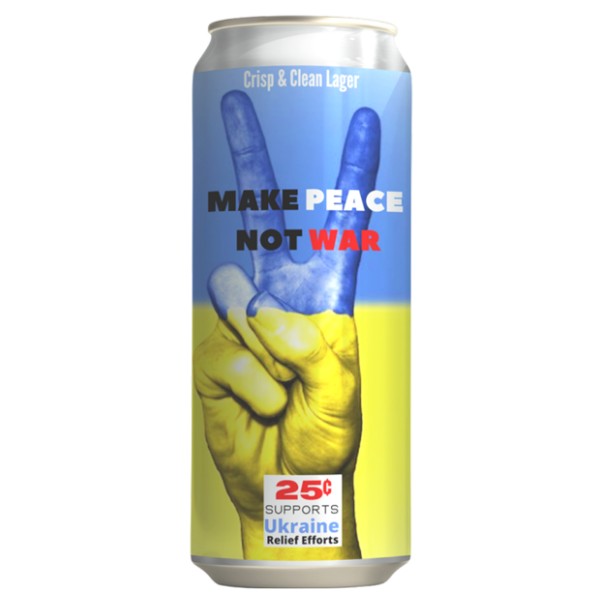 TORONTO, ON – Tomorrow Brew Co. has announced the third edition in its Brew Aid series of beers in support of selected charities.

Make Peace Not War (4.5% abv) is a “clean and crushable lager [with] a fulsome flavour that is crisp and approachable.” 25 cents from each can sold will go to the Red Cross Ukrainian Humanitarian Crisis Appeal, which will “enable the Red Cross and Red Crescent Movement to respond to critical needs generated by almost eight years of conflict, as well as preparedness and response efforts due to heightened tensions in Ukraine.”

“We’re just a small family company but have been deeply moved by this crisis and its impact on Ukrainian families,” said Ian Macdonald, President of Tomorrow Brew Co., in a statement. “We knew we had to do something right away to help. Our team has been working to get the product into stores by this weekend. We will then expedite funds to the Canadian Red Cross so that they can immediately be deployed to help Ukrainians cope with the devastating impacts of this war.”

Make Peace Not War will be available at select LCBO stores in Ontario while supplies last.