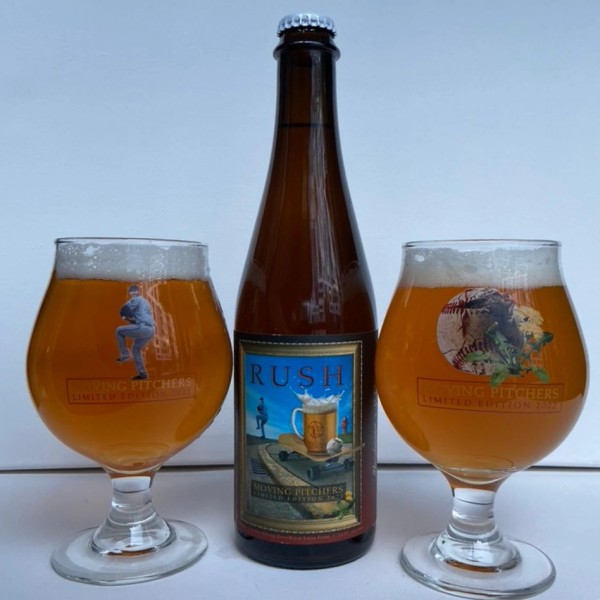 TORONTO, ON – Henderson Brewing and legendary Canadian rock band Rush have announced the release of their latest collaboration.

Moving Pitchers is available now – along with associated merchandise including glassware, t-shirt, coasters, and lithograph – at the Henderson retail store and online shop.

It is also in stock at select LCBO stores in Ontario, and soon at SAQ stores in Quebec, SLGA stores in Saskatchewan, and select beer retailers in Alberta.