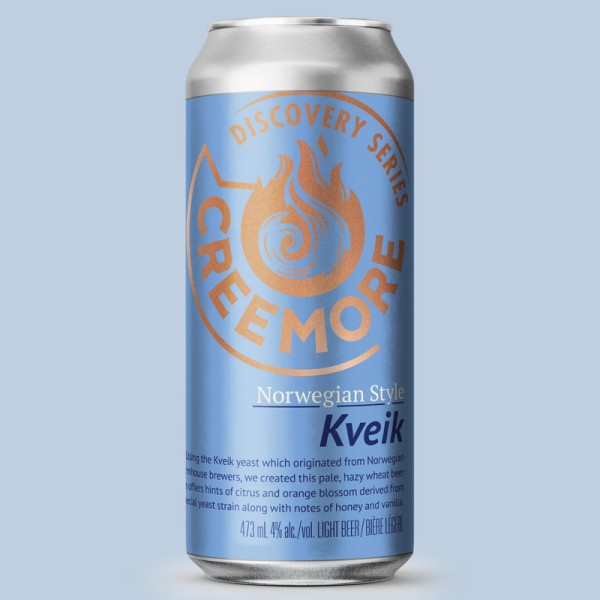 CREEMORE, ON – Creemore Springs Brewery has announced the release of the latest in its Discovery Series of limited edition beers that are “inspired by recipes from all over the world, crafted in the heart of Creemore.”

Using the Kveik yeast, which originated from Norwegian farmhouse brewers, we created this pale, hazy wheat beer which offers hints of citrus and orange blossom derived from this special yeast strain, along with notes of honey and vanilla.