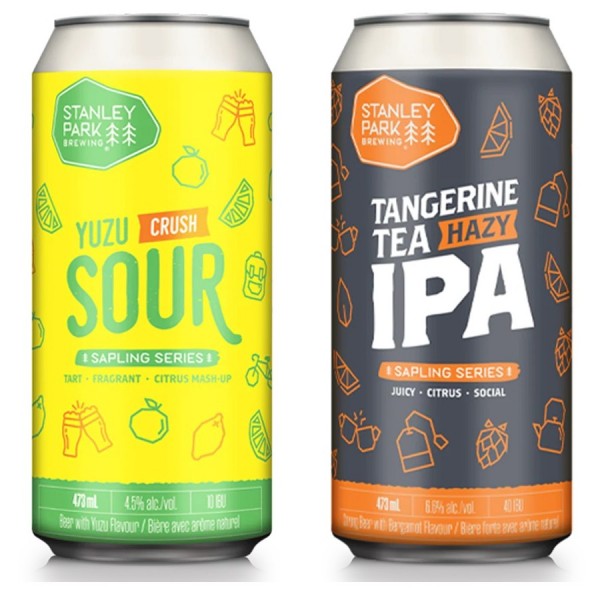 Ever wonder how yuzu fruit would work in a PNW style Sour Weisse? We did! And we think you’ll like it. Brewed with North American Crystal hops and a blend of wheat and barley malt, we kettle soured for a tart finish, and then topped it off with an addition of yuzu fruit flavour.

This intriguing Hazy IPA was conceived early one morning at our Brewpub, when brewers Bennie and Rachel were sipping Earl Grey tea before starting on the daily brew. Invigorated by the complex citrus flavors of bergamot, they were inspired to bring this flavour profile to life in a new Hazy IPA.

Both beers are  available now at the Stanley Park Brewpub and online shop.