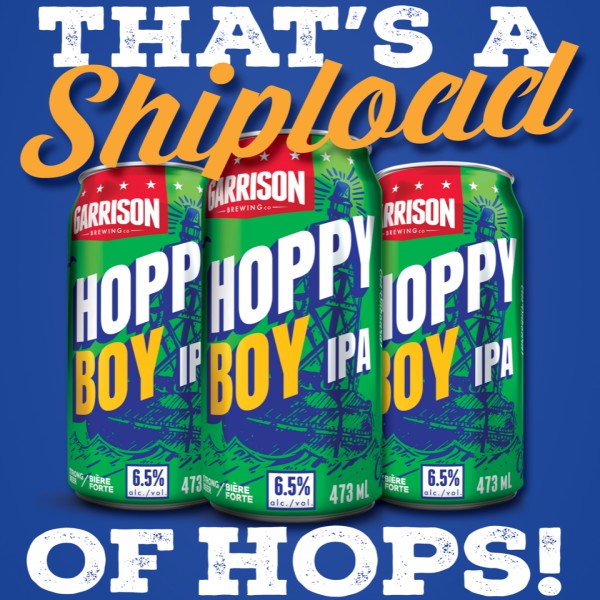 HALIFAX, NS – Garrison Brewing has announced that it has relaunched its core IPA with a modified recipe and a slightly different name.

First, we tweaked the recipe for a crisp, clean flavour and refreshing IPA bitterness. Next, we wrapped it in bold new green and navy branding and simplified the name. Finally, we put that tasty brew in a can! Hoppy Boy IPA is a shipload of hops packed with citrus notes a nautical mile long.

Hoppy Boy is available now at both Garrison retail locations and the brewery’s online store., as well as private beer retailers and select NSLC locations.