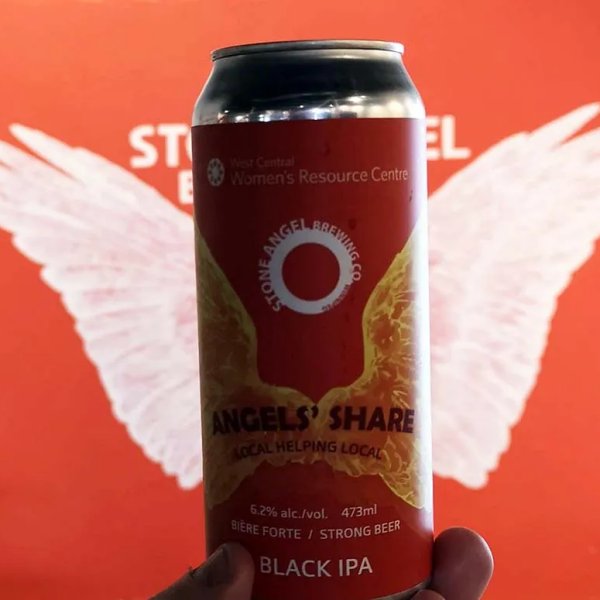 WINNIPEG, MB – Stone Angel Brewing has announced the first release in its Angels’ Share series of beers in support of local charities.

A dark black IPA hopped with Amarillo, Cascade, and Madarina Bavaria. The label design is taken from our winged logo on the endwall of the taproom, the backdrop to so many events over the last four years. Replicated twice, the concept is that of the butterfly flapping its wings in the rainforest. By small things happening, larger things can occur.

Angels’ Share Black IPA now at the Stone Angel taproom store, and soon at select local beer vendors. 50 cents from each can sold will be donated to the West Central Women’s Resource Centre, an organisation with the mission to “empower women and their community to move from where they are to where they want to be, by providing responsive programming, facilitating knowledge sharing and connection, and contributing to culture shift and policy transformation.”