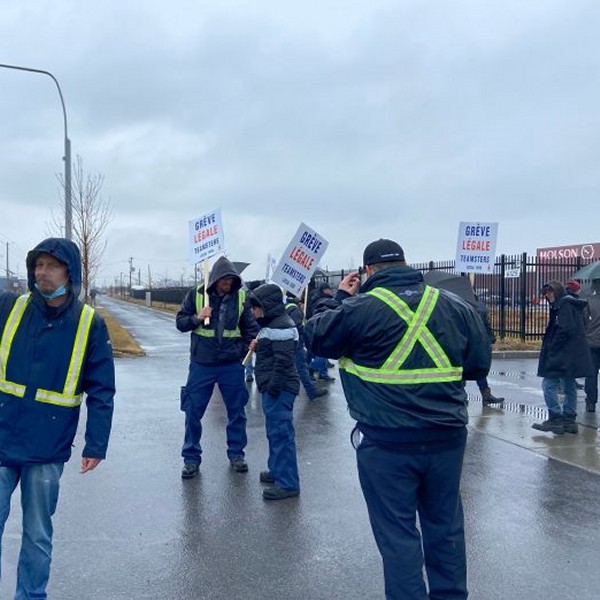 LONGUEUIL, QC – Workers at the Molson Coors Beverage Company production facility in the Montreal suburb of Longueuil have walked off the job, following through on a strike vote that took place earlier this month.

According to a press release from Teamsters Local Union 1999:

The points in dispute between the parties are numerous. In particular, the employer has proposed salary increases that are clearly insufficient, below inflation, and further wishes to implement a layoff system that does not take seniority into account and that Teamsters members are profoundly unhappy with.

“To put it bluntly, there are so many issues at stake in the negotiations that the employer would do well to review its strategy,” said Michel Héroux, President of Teamsters Local Union 1999. “Molson-Coors must understand that after years of difficulty, particularly with the move to the South Shore and subsequent downsizing, it must treat its workers with respect.”

A response from the company was reported by The Canadian Press:

Molson Coors spokesman Frederic Bourgeois-Leblanc says it is disappointed that employees walked off the job before it made a final offer because it is offering a “more than competitive wage and has a history of providing well-paying jobs” in Quebec.

Bourgeois-Leblanc adds that the company has turned to an unspecified contingency plan as it works to meet consumer demand.