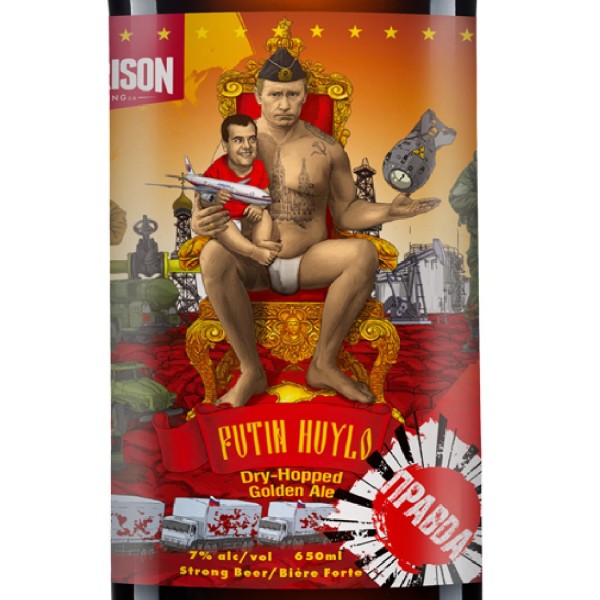 HALIFAX, NS – Garrison Brewing has announced the release of its contribution to Brew For Ukraine, an international campaign to raise funds to support the people of Ukraine.

The initiative has been spearheaded by Pravda Brewery in Lviv, which became famous for its shift from brewing beer to producing Molotov cocktails in the early days of the Russian invasion.

Putin Huylo (7% abv) – Ukranian for “Putin is a dickhead” – is described as “a strong golden ale brewed with European and North American malts and hops for a medium body and exquisite hop flavours.”

Putin Huylo will be released today (Friday April 1st) at 1:00 PM at the Garrison retail store, and can be pre-ordered now via the brewery’s online shop. 100% of the profits will go to registered charities supporting humanitarian efforts in Ukraine.