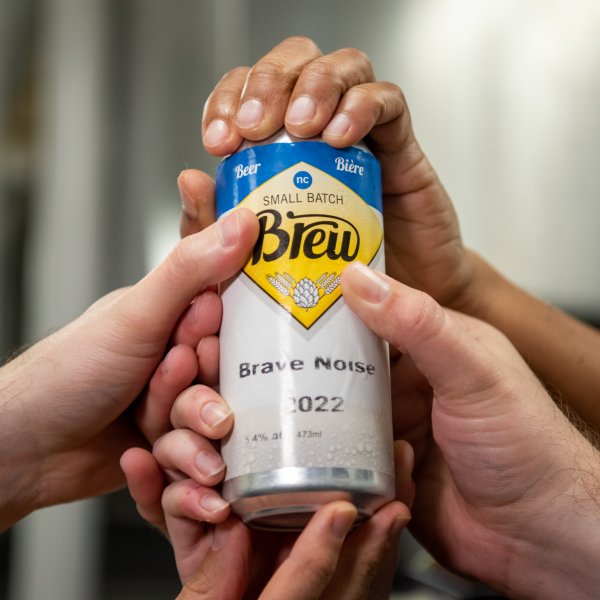 NIAGARA-ON-THE-LAKE, ON – Niagara College Teaching Brewery has announced the release of a pair of “beers for solidarity and change”, with two more to follow soon.

Brave Noise 2022 Pale Ale was brewed several weeks ago by a group of students from the College’s Brewmaster and Brewery Operations Management program in support of the Brave Noise movement, a global collaboration that “advocates for making the beer industry safe and free from discrimination for women, BIPOC, and LGBTQIA+ people.”

The College’s involvement in the Brave Noise project was coordinated by Angela McCallum, a fourth-term student in the Brewmaster and Brewery Operations Management program.

“As an initiative that promotes safe and discrimination-free breweries, Brave Noise is relevant to a broad range of NC brewing students,” said McCallum in a statement. “Also, with its focus on inclusivity, it encourages all brewers to feel like they are part of the collaboration, rather than singling out certain groups.”

Resist Ukrainian Anti Imperial Stout was brewed earlier this month by Brewmaster Professor Jon Downing and students from the program as part of Drinkers for Ukraine, an international effort to raise funds for Ukraine and show solidarity with the war-torn country’s beer and brewing community.

“Having seen the country being rebuilt once, I know it’s going to be rebuilt again. I know that the strength of Ukrainian people will make it happen,” said Dowling, who consulted on the launch of two microbreweries in Ukraine in the early 1990s. “Brewing is a part of it. Brewing is a part of the economy locally here in Ontario, worldwide and in Ukraine as well.”

Both beers are available now at Niagara College’s Wine Visitor + Education Centre. They will be followed in coming weeks by Pink Boots Brew Double IPA and Ukrainian Golden Ale.