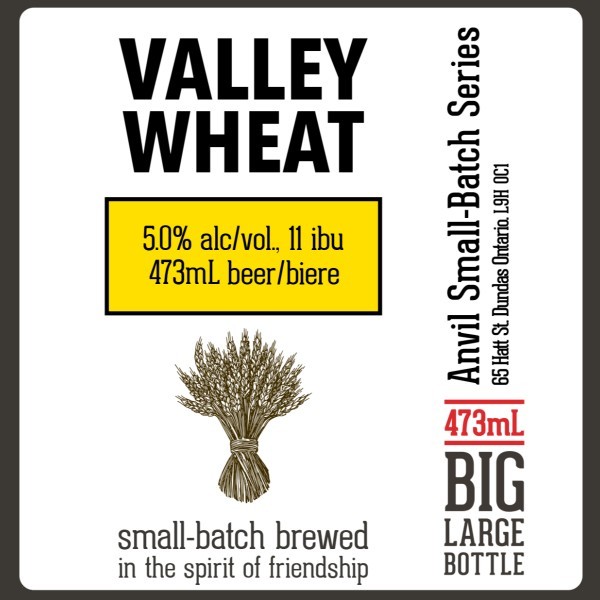 DUNDAS, ON – Shawn & Ed Brewing has announced the return of a “perennial favourite” as the latest release in its Anvil Small-Batch Series of limited edition beers.

This is a Belgian witbier. Brewed in the traditional style, it shines with remnants of chamomile, coriander and bitter orange peel. True to its legendary predecessors, this beer has a light, grainy, spicy wheat aroma with complex herbal and peppery notes. A cloudy, pale straw-coloured beer, refreshingly crisp with a dry, slightly tart finish.