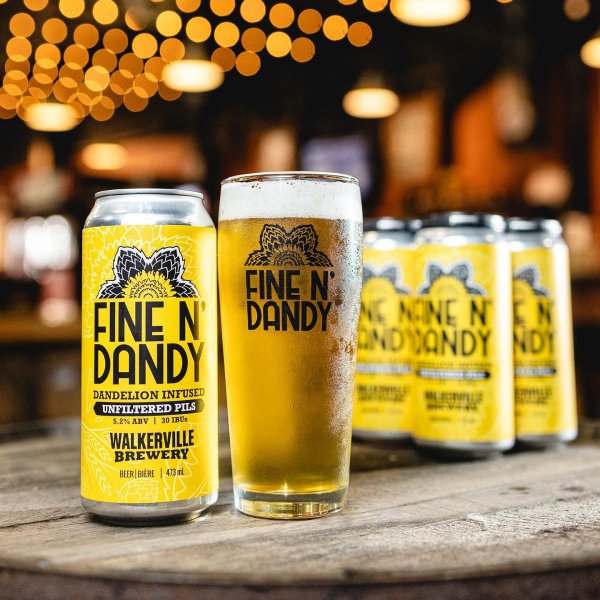 WINDSOR, ON – Walkerville Brewery and Craft Heads Brewing have announced the release their annual collaboration in support of a local cancer charity.

The Fine N’ Dandy project started in 2017 when Walkerville brewer Jeffrey Craig was diagnosed with esophageal cancer, and got together with Bryan Datoc of Craft Heads to brew a pair of beers infused with dandelion tea, a nod to the fact that dandelion root has been studied as a possible treatment for cancer.

A launch event for this year’s Fine N’ Dandy campaign will be taking place at Walkerville Brewery today (April 1st) starting at 6:00 PM, with food from Slices Pizza and live music by Max Marshall.