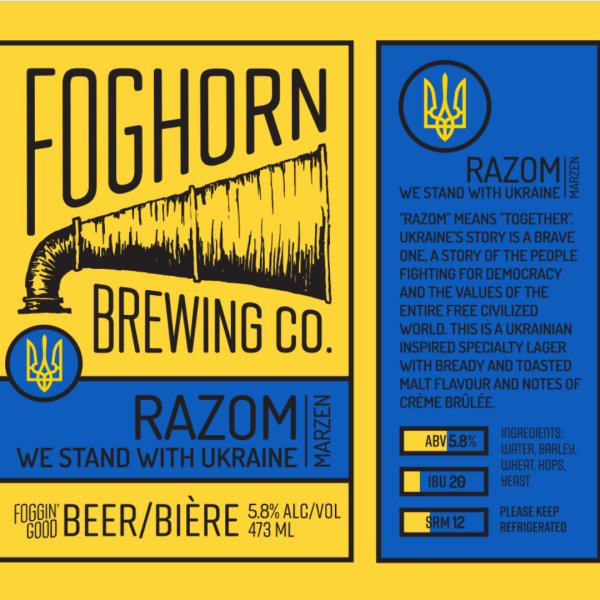 ROTHESAY, NB – Foghorn Brewing has announced the release of a new beer to raise funds for war relief efforts in Ukraine.

Razom (5.8% abv) – Ukrainian for “together” – is a Märzen-style lager created in collaboration with Tatiana Vasylyeva, a local beer judge and former brewery owner who was born in Ukraine. It’s described as having a “bready and toasted malt flavour and notes of crème brûlée.”

Razom was is on tap at the brewery, with cans to be available soon, and kegs and cans will also be distributed throughout New Brunswick. Partial proceeds will go directly to organizations supporting Ukraine war relief.