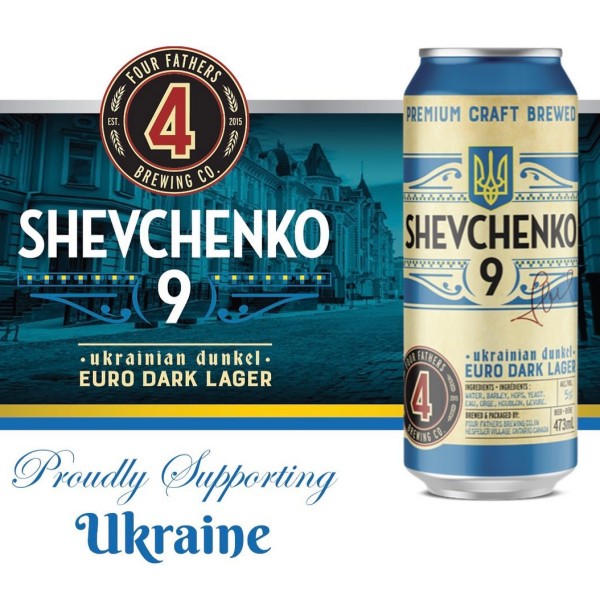 CAMBRIDGE, ON – Four Fathers Brewing has announced that a campaign launched last month to raise funds for war relief efforts in Ukraine has been extended until at least the end of April.

Proceeds from sales of the brewery’s flagship Shevchenko 9 Ukrainian Dunkel (5% abv) is being donated to the Ukrainian Education Platform, a charitable organization that has been providing humanitarian assistance, community rebuilding, and other support in the country for more than 20 years.

For the month of March, 50 cents from each can of Shevchenko 9 sold went to the cause, for a total donation of $5910. For April, the campaign continues and has been expanded to also include partial proceeds from keg/draught sales.

Shevchenko 9 is available at the Four Fathers retail store, taproom, and online shop, and at select LCBO locations throughout Ontario.