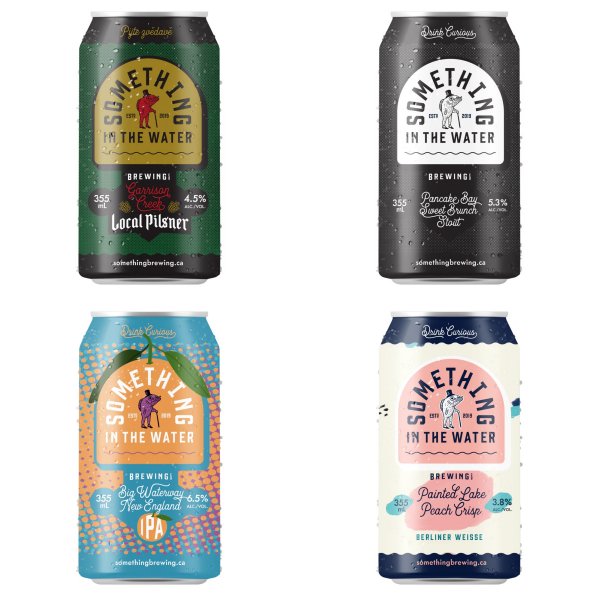 TORONTO, ON – As it prepares for the upcoming opening of its brewery and taproom, Something In The Water Brewing has announced the release of four new beers.

Garrison Creek Local Pilsner (4.5% abv) – “100% Ontario made farm-to-glass pilsner, with all ingredients sourced within 3 hours of the brewery.”

Big Waterway New England IPA (6.5% abv) – “The first Canadian beer ever made with the Bergamot hop, nicknamed by Michigan brewers as “Orange AF”.”