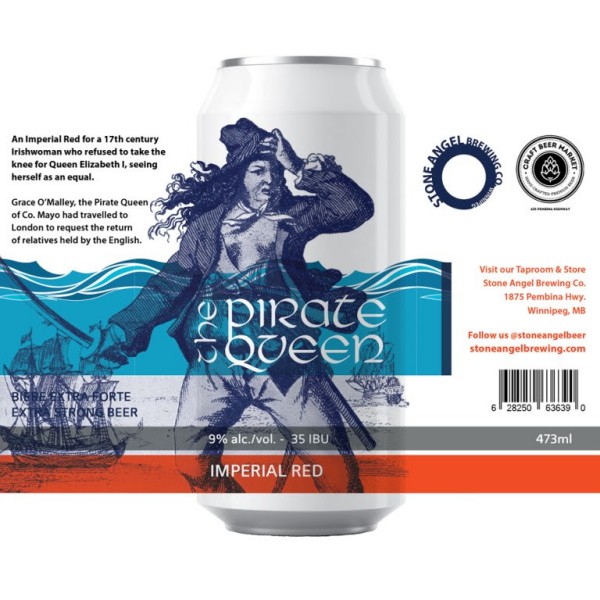 WINNIPEG, MB – Stone Angel Brewing has announced the release of a new beer in collaboration with the Quality Inn Beer Store.

The Pirate Queen Imperial Red (9% abv) is named in honour of Grace O’Malley, a legendary figure in Irish history, and is described as follows:

Lighter in colour than our Redhanded, but with a little bit more of an alcohol kick, Pirate Queen is a lovely light red to amber in colour with a cream coloured head. Pouring with a slight aromatic hint of hops, it’s a delicious malt driven beer. And we think it should be great for storing.

The Pirate Queen is available now at the Stone Angel taproom and online store, and the Quality Inn Beer Store.