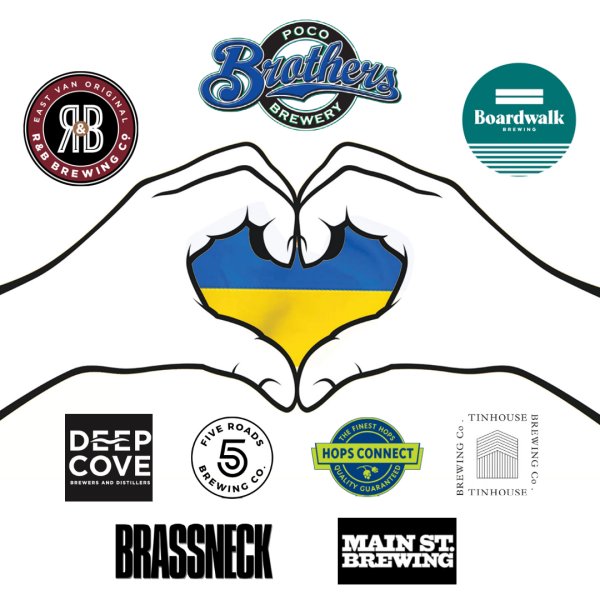 PORT COQUITLAM, BC – Eight breweries in British Columbia’s Lower Mainland region have announced the release of a collaborative beer to raise funds for war relief efforts in Ukraine.

Based on a recipe from by Pravda Brewery in Lviv, Ukrainian Golden Ale was brewed in late March at PoCo Brothers Brewing in Port Coquitlam. Brewers from Boardwalk, Brassneck, Deep Cove, Five Roads, Main Street, R&B, and Tinhouse participated in-person or remotely, and Hops Connect donated all of the hops for the brew.

Each participating brewery received three kegs of the beer, and all of them put it on tap simultaneously today (April 21st). $2 from each pint sold will be donated to World Central Kitchen‘s programs in Ukraine.