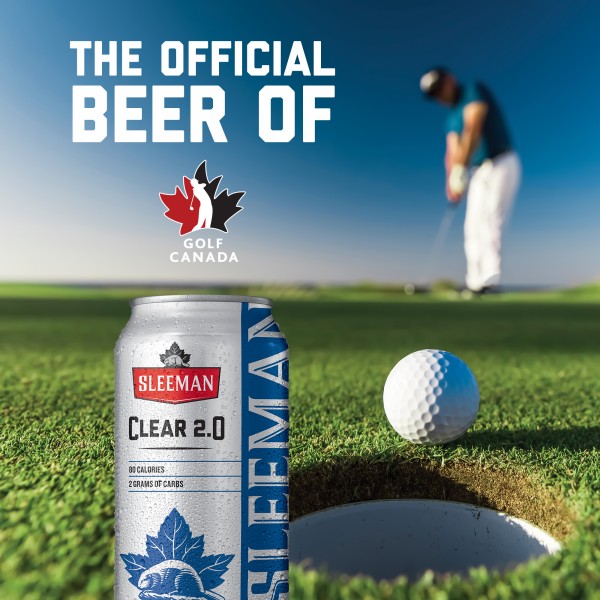 GUELPH, ON – Golf Canada has announced that it has named Sleeman Breweries as its new Official Beer Partner, with Sleeman Clear 2.0 (4% abv) serving as the flagship brand in the partnership.

Under the agreement, Clear 2.0 and other Sleeman-owned brands will be available at Golf Canada’s two championship events in 2022, the RBC Canadian Open on June 6th to 12th at St. George’s Golf & Country Club in Toronto, and the CP Women’s Open on August 22nd to 28th at the Ottawa Hunt & Golf Club.

In addition, Sleeman will present a VIP viewing area during the RBCxMusic Concert Series at the RBC Canadian Open, featuring performances by Flo Rida on June 10th and Maroon 5 on June 11.