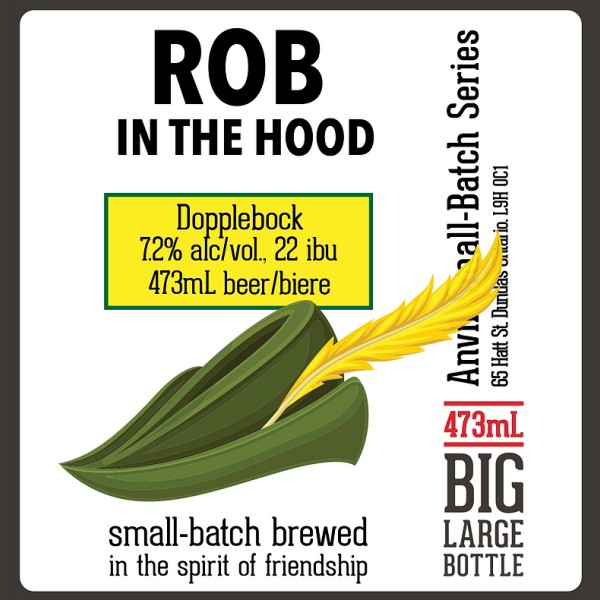 DUNDAS, ON – Shawn & Ed Brewing has announced the latest release in its Anvil Small-Batch Series of limited edition beers.

Rob In The Hood Doppelbock (7.2% abv) was created in the tradition of the strong lagers brewed by Franciscan monks to sustain them through the 46 days of fasting during Lent. It’s described as being “strong, rich, nutritious, and delicious, with minimal hopping and a distinctive malt profile.”

Rob In The Hood is available now at the Shawn & Ed Brewing retail store and online shop.