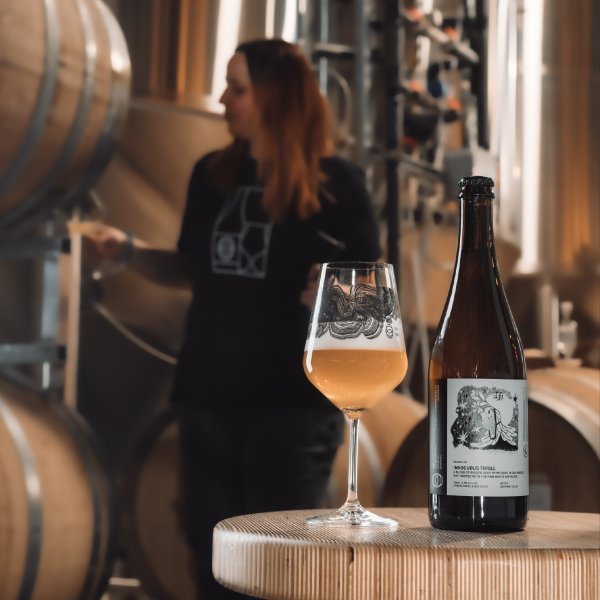 Here’s something new, ah. On January 8th, our own Natasha Peiskar, Production Manager, Brewer, President of the Canadian Chapter of the Pink Boots Society (and an all-around big deal!), led the Women of The Establishment through a tasting of the oak-aged contents of 8 of our barrels. Together they narrowed the field to four finalists who made the cut. Then, the beer got dry-hopped with this year’s Pink Boots hop blend and left to bloom for a couple more months before bottling.

The final product is this rousing bouquet of golden sour beers. Your nose will welcome aromas of nectarines, key lime, and other tropical notes in concert with some light floral ones. There’s less petal on the palate than there is in the air, but there’s a lot of other stuff going on. Expect some barely-there tea-like bitterness and moderate lemon-lime acidity, but it’s the unexpected rocket candy finale that really brings the house down.

Innocuous Thrill is available now at the Establishment retail store and online shop. Partial proceeds will be donated to Pink Boots Society Canada to support its work in “inspiring, assisting, and encouraging the women, and non-binary individuals in our industry.”