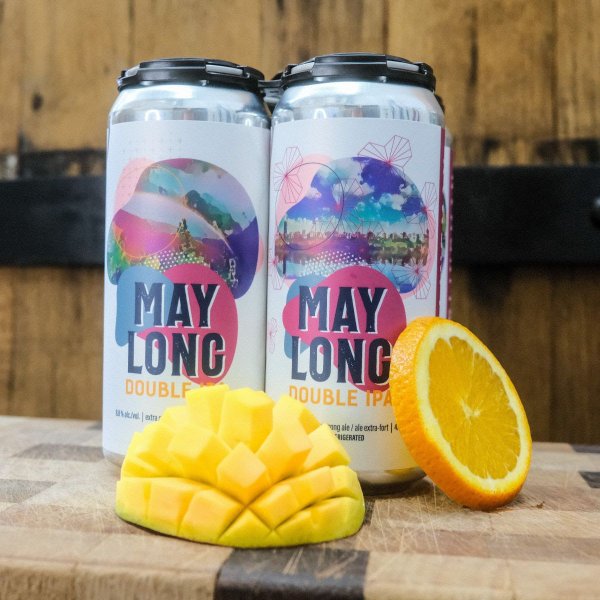 EDMONTON & LACOMBE, AB – The Alberta Machine Intelligence Institute (Amii) has announced that it has collaborated with Blindman Brewing to create AI-generated art for the seasonal May Long Double IPA (8.8% abv) to celebrate the upcoming inaugural edition of Amii’s AI Week.

The label art is inspired by imagery of iconic landscapes and destinations from around Alberta with graphics transformed through an AI technique called neural style transfer. The technique uses the power of deep neural networks – otherwise known as deep learning, a widely-used form of machine learning – in order to mix the content of one image with the style of another. The system used Alberta landmarks, such as the Alberta Legislature building and Lake Louise, for the content images, which were then transformed using Amii brand elements for the style. As a final step, a graphic designer reviewed and finalized the resulting image for use on the label.

“As we were looking to plan our first AI Week in Edmonton, we wanted to do something fun and a little bit different,” said Payam Mousavi, Lead Machine Learning Scientist at Amii, in a statement. “What better way to have fun, and demonstrate the power of AI, than by working with Blindman to generate these labels for their May Long Double IPA. We had originally connected with their team as they were working to better understand how machine learning could be used to reduce their carbon footprint, and this was an exciting next step in our work together.”

”We really love doing things that haven’t been done before, and AI is no different,” added Kirk Zembal, co-founder of Blindman Brewing, in a statement. “We’ve been having a lot of fun with Amii, seeing what we can come up with, whether that’s working on how we can reduce the greenhouse gas emissions out of the brewhouse or partnering with art and artists in wildly new ways. And of course, we love an excuse to celebrate, so AI week is a perfect time to launch this hop-filled beauty – and now the artwork on the outside of the can is just as beautiful as what’s on the inside.”

May Long DIPA is available now at the Blindman taproom and online store., and select beer retailers in Alberta. It will also be featured at several events during AI Week, taking place May 24th to 27th in Edmonton.