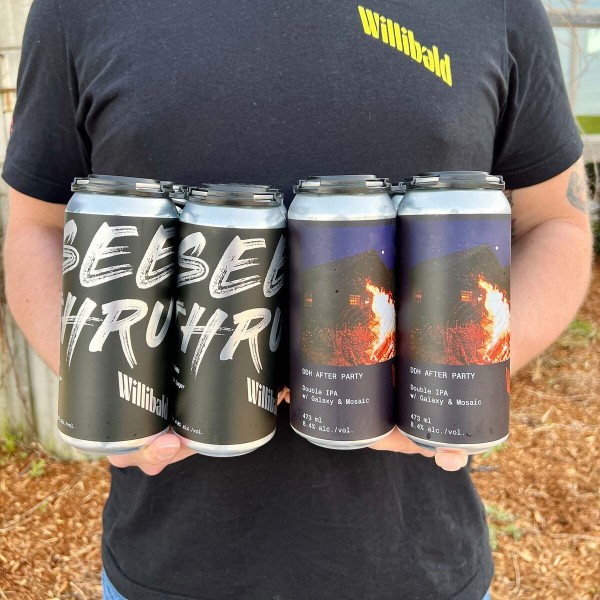 AYR, ON – Willibald Farm Distillery & Brewery has announced the release of a pair of new beers.

Despite the various grains tossed in previous versions of SEE THRU lager they all had one thing in common: they were actually see thru. But this latest release, well, isn’t really see thru at all. Building on the SEE THRU base recipe we added some dark malts to lend a nice nocturnal colour but also some very subtle dark chocolate notes to the biscuity brew we know and love. Maybe not the most true to style but since when have we ever given a f*** about that?

As if this beer couldn’t get hoppier, Joe decided to double dip on this latest batch. This double dry hopped version of AFTER PARTY clocks in at the usual 8.4%. The unusual part is the explosion of passionfruit and field berries on the nose and palate without sacrificing the body and beauty of the original brew. Some additional bitterness from the bonus hops but those are the breaks.

Both beers are available now at the Willibald Farm retail shop and online store.