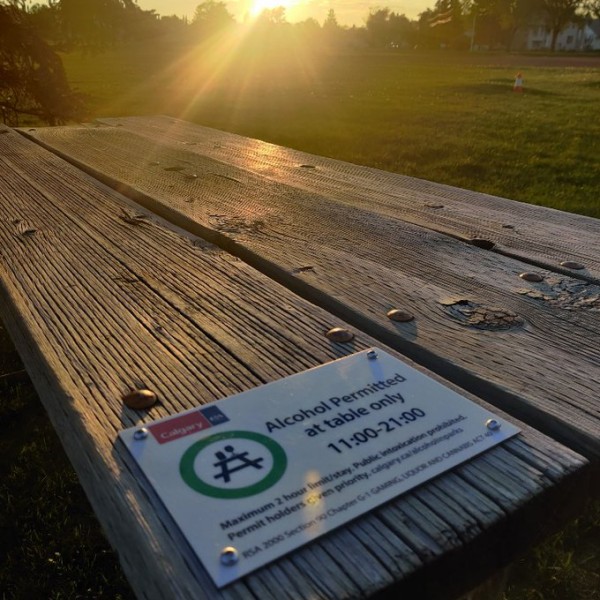 CALGARY, AB – The City of Calgary has announced that last year’s pilot program to allow responsible alcohol consumption in select public parks has returned for 2022 in an expanded and permanent form.

Starting yesterday (May 10th), more than 80 picnic tables throughout the city have been designated as allowable for drinking alcohol from 11:00 AM to 9:00 PM. The tables can be reserved online or used on a first-come, first-served basis, and consumption is only allowed at the table.

In addition, there are several larger picnic sites that can be booked online or used by walk-up groups if not already occupied where drinking is allowed throughout the site. And coming later in the spring, a portion or entirety of six parks will be designated as alcohol-allowed spaces, with no booking required.

The City notes that all AGLC rules regarding alcohol consumption must be followed, such as legal drinking age of 18 years old, and that public intoxication and disruptive behaviour including public urination will not be tolerated.

For more details, see the full announcement, and the Alcohol in Parks info page on the City of Calgary website.