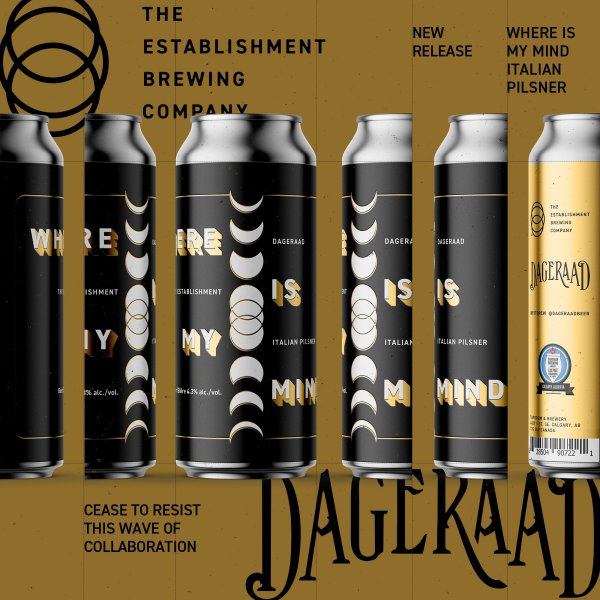 CALGARY, AB – The Establishment Brewing Company has announced the release of a new beer in collaboration with Burnaby, BC’s Dageraad Brewing.

Together we decided to dabble in something we’ve both been digging deeply lately: European lagers. So, say saluti to this Italian PIlsner. This style is about subtlety, so we steered clear of the heavy-handed, juicy North American hops and took a page from the European classics instead.

We used Tettnang and Saaz in the dry hop and Hallertau Mittelfruh and Saphir in the boil to get the characteristically crisp, fleetingly floral aroma we wanted. It’s madly refreshing, insanely quaffable, and just bitter enough to balance the sweetness of the season. Simply put, it’s amore. Try this trick and spin it.

Where Is My Mind? is available now at the Establishment retail store and online shop.