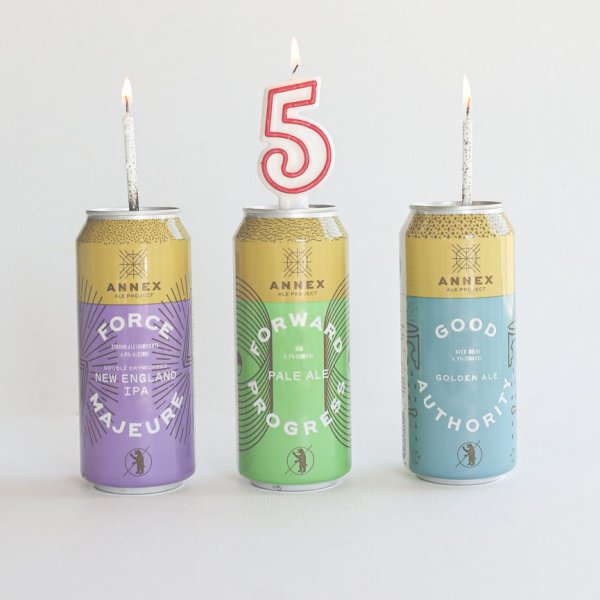 CALGARY, AB – Annex Ale Project has announced that it will be marking its 5th anniversary with a party at the brewery this weekend.

Taking place on Sunday May 15th from 10:00 AM to 5:00 PM, the free admission and family-friendly event will include the release of three new collaborative beers with 2 Crows Brewing, 33 Acres Brewing, and Nichol Vineyard, plus guest beers from Indie Ale House and Merit Brewing.

On the food side, Buttermilk Fine Waffles and Empire Provisions will be hosting a brewer’s brunch including pancakes, sausage, bacon, and beermosas until 12:00 noon, after which Lil’ Empire Burger will be serving burgers on the patio.