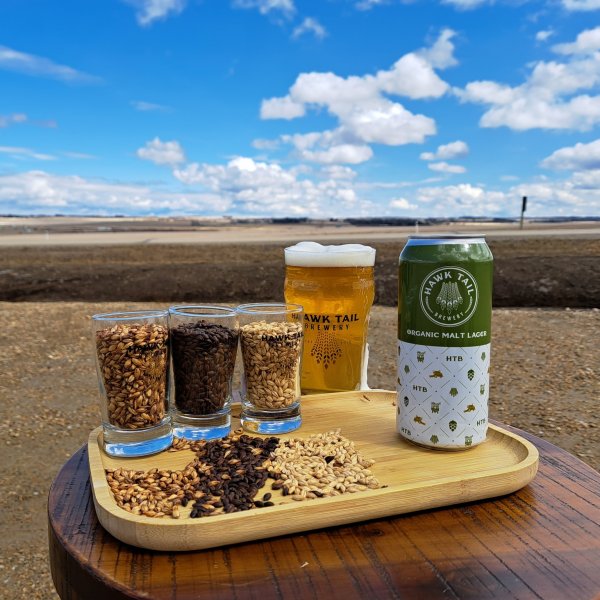 RIMBEY, AB – Hawk Tail Brewery has announced the release of a new beer created using “ingredients that taste great and are good for the environment.”

“As a locally owned and operated brewery, we strive to create traditional and refreshing beers as timeless as the agriculture that produces our grains and the environment it thrives in,” explained Randall Vandenhoven, co-owner of Hawk Tail, in a statement. “This marks an especially poignant stage in Canada’s movement towards sustainability as more breweries work to reduce their ecological footprint.”

“Taste-wise, you wouldn’t be able to tell the difference between an organic and a non-organic beer,” added Chris Simeniuk, owner of Kettle Ridge Organics. ”However, as a proud Albertan, I wanted to enjoy a beer knowing it was as easy-drinking as it was easy on the environment.”

Organic Malt Lager is being launched today (Friday May 13th) with a release party at the brewery from 5:00 to 8:00 PM. It will be available on tap and in cans at the brewery, and at select liquor stores in Alberta, while supplies last.