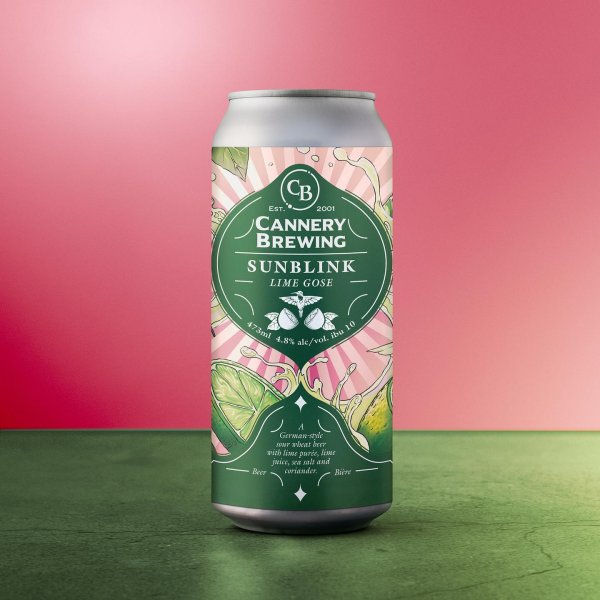 PENTICTON, BC – Cannery Brewing has announced the latest release in its Sunblink series of fruited sour beers.

Sunblink Lime Gose is available now at the Cannery taproom and store, and soon at select beer retailers in British Columbia and Alberta.