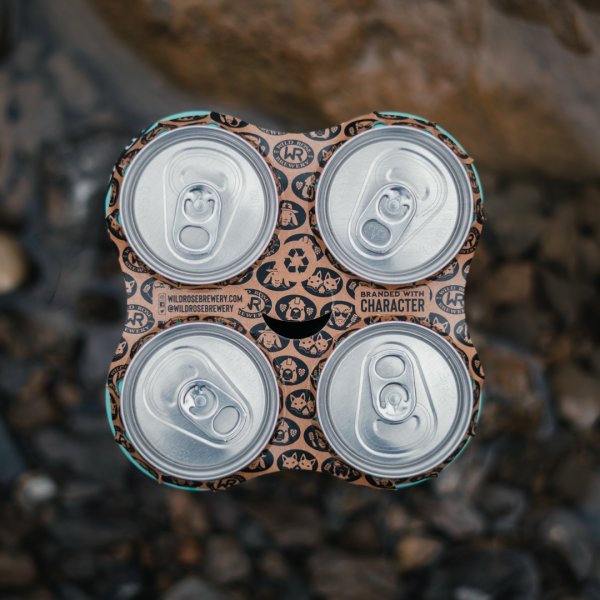 CALGARY, AB – Wild Rose Brewery has announced that it has discontinued the use of plastic carriers for its 4-packs of cans, and has replaced them with cardboard eco-carriers.

The change is explained by the brewery as follows:

While Wild Rose’s former plastic carriers were technically recyclable, the brewery found that many Alberta processing facilities could not take them and that they were ending up in landfills. In many such instances, while plastic-based carriers are recyclable, they are so thin that they cannot always be effectively separated from paper and end up contaminating the whole load of recyclables they end up mixed in with. The new carriers are made from renewable, responsibly sourced, recyclable paperboard, containing up to 15 per cent recycled content, in order to improve convenience, portability and recyclability after use.

This eco-minded endeavour is set to reduce Wild Rose’s carbon footprint in two immediate ways. First, the change from plastic to paper will inevitably result in a higher volume of materials actually being recycled. In Canada, it’s estimated that only 9% of plastic is recycled, while 70% of paper products are recycled. The second reduction in waste will stem from the impact of transporting the carriers. The new paper-based carriers have a significantly smaller footprint than the former plastic carriers, meaning Wild Rose can order more of them less frequently. It is possible to transport a one-year supply of the paper carriers using just a quarter of the resources previously required to transport a year’s supply of the plastic carriers, reducing carbon emissions by approximately 100 kg annually.

The new eco-carriers have been phased in throughout the spring, and will be used on all Wild Rose 4-pack releases from now on.