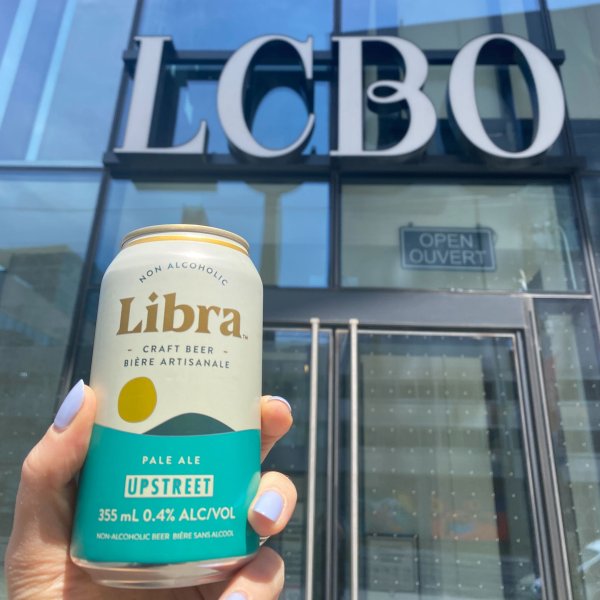 CHARLOTTETOWN, PE & TORONTO, ON – Upstreet Craft Brewing has announced that one of its Libra line of non-alcoholic beers is now available at LCBO stores throughout Ontario.

Libra Pale Ale (0.4% abv) was the first Libra beer to be released in October 2020, and is described as being “light and refreshing with tropical aromas and a crisp finish.” It’s available select LCBO outlets in 4-packs of 355 ml cans for $10.95, with 1% of sales going to support ArtHaus, a “music incubator, mentorship and experiential wellness community” founded by singer-songwriter Serena Ryder.

In addition to the LCBO launch, Libra Pale Ale is now on tap at CRAFT Beer Market locations in Toronto and Ottawa, and Libra has been named the first non-alcoholic beer sponsor for Ottawa Bluesfest, taking place on July 7th to 17th, 2022 at LeBreton Flats.