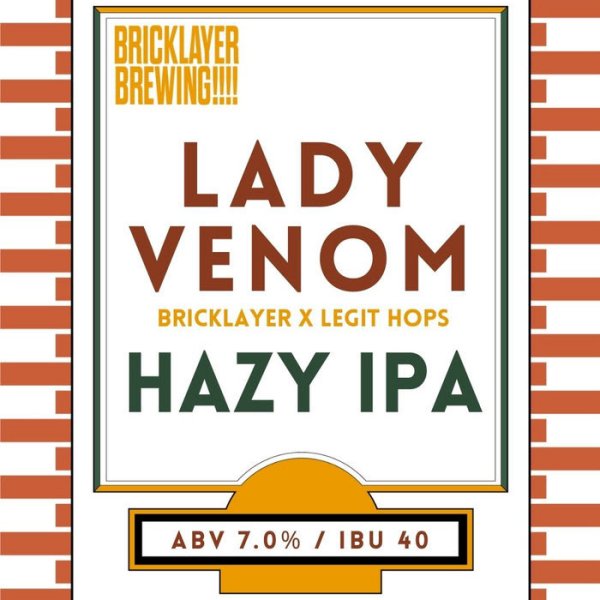 CHILLIWACK, BC – Bricklayer Brewing has announced the release of a new beer created in collaboration with Legit Hops, and inspired by a legend of Canadian hip hop.

It’s an early afternoon and Kris happens to be working behind the bar. And who should walk in but Prevail – one of the two principal members of Canadian hip hop group Swollen Members. Kris, being an avid lover of all early 90s and 2000s hip hop, immediately knows who he is. Turns out he’s a big craft beer guy.

One thing leads to another and Prevail comes in a few times to shoot the shit with Kris, who finds out that big, strong IPAs are his jam. Permission is granted to use the name Lady Venom, and… here we are. Almost a year later. Making Prevail’s big strong Hazy IPA! Tons of Wai-iti, Amarillo, Mosaic, and Simcoe hops give a final smooth mango/peach flavour and aroma. YUM.

Lady Venom is available now on tap and in cans at Bricklayer Brewing while supplies last.