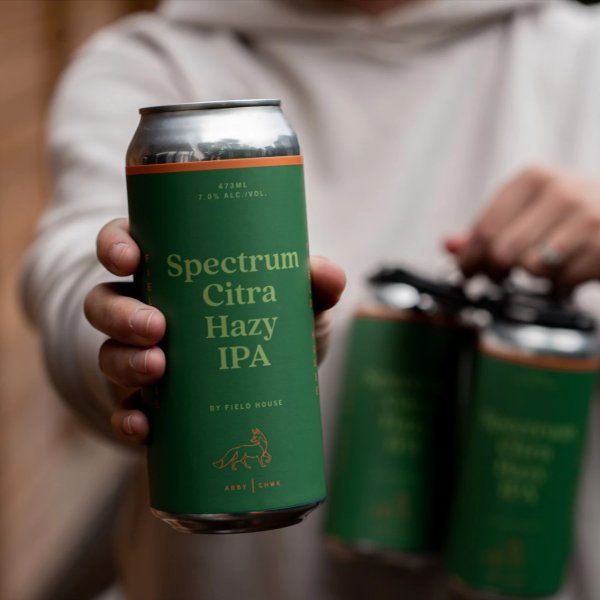 Packed with tropical and citrus notes, this IPA is dosed with Citra Spectrum, super concentrated liquid hops, then complemented with Mosaic and a touch of Centennial for an intense hazy, tropical, yet easy drinking IPA.

Spectrum Citra Hazy IPA will be released tomorrow (May 19th) at the Field House retail stores, and can be pre-ordered now via the brewery’s online shop.