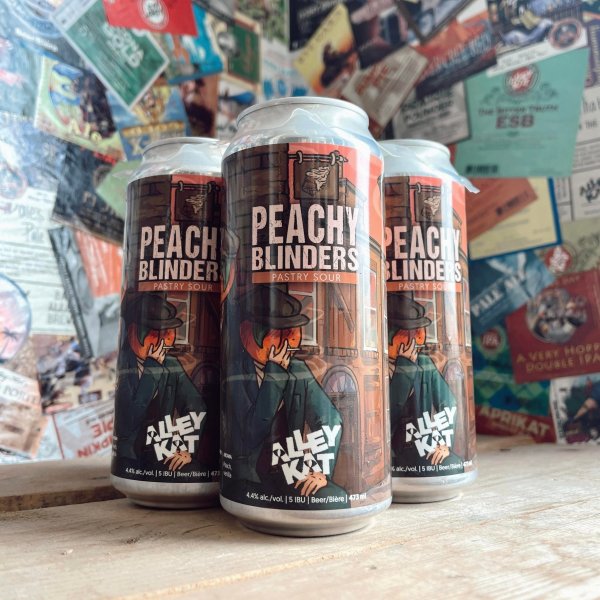 Originally created as a Brewers’ Choice beer by one of our brewers, Morgan, this pastry sour was inspired by peach ice cream. The can features the artwork of Serena Tang.

Peachy Blinders is available now at the Alley Kat brewery, and select liquor stores and licensees in Alberta.