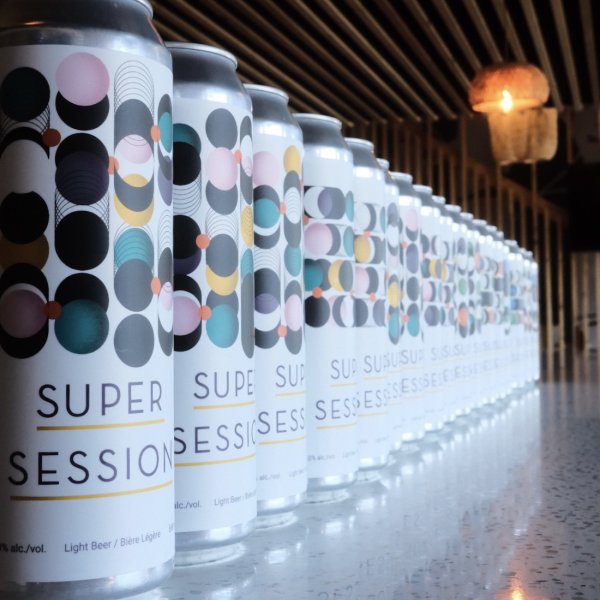 LACOMBE, AB – Blindman Brewing has announced the annual return of a light and refreshing seasonal ale for summer.

A hoppy, juicy New England-style ale clocking in at 3 percent ABV is a style that is a relative newcomer to the craft beer scene. Some are calling them “micro IPAs” but we are calling it a Super Session as there is simply not enough bitterness to be a true IPA. And classifications are beside the point—we are simply trying to give you a beer that is delicious and very drinkable. We’ve loaded it with aroma and flavour hops, kept the bitterness low, and gave it a healthy dose of wheat and oats for a well-rounded mouthfeel. We hope you enjoy this—and another beautiful Canadian summer which is so special and joyful and open and precious and fleeting with days that seem to go on forever.

Super Session is available in 568 ml “stovepipe” cans, with a series of 19 different labels featuring a “micro-fiction” stories by Alberta authors, at Blindman and select beer retailers throughout Alberta,.