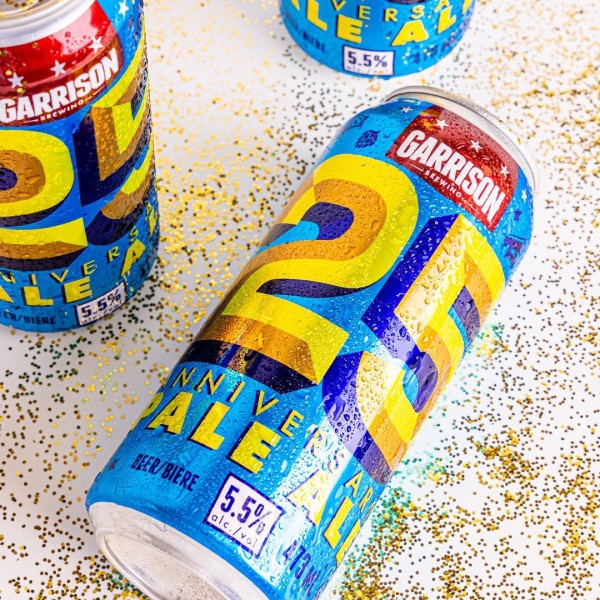 HALIFAX, NS – Garrison Brewing has announced the release of a new beer to mark milestone birthday.

Our 25th Anniversary ale is a celebration, a limited release hazy pale ale that speaks to independence, creativity & community. We’re proud of the hundreds of beers we’ve brewed over the years in Halifax, but there will only ever be one 25th Anniversary ale. Hazy with thick white head, this medium-bodied ale has notes of malt, honeydew melon & light pineapple with a soft bitter finish.

25th Anniversary Pale Ale is available now at both Garrison retail locations and the brewery’s online store. In conjunction with the release, Garrison is also running a contest in partnership with soccer team Halifax Wanderers FC, with full details available on Instagram.