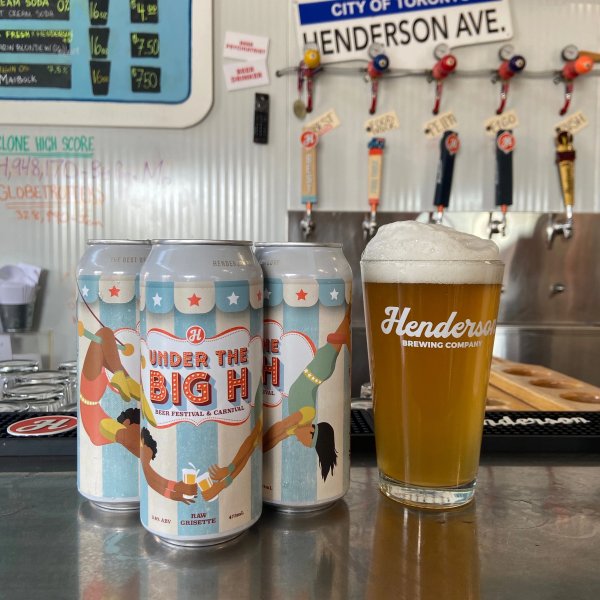 TORONTO, ON – Henderson Brewing has announced the release of a new collaboration with Bench Brewing that was brewed especially for the inaugural Under the Big H Beer Festival & Carnival.

Beer festivals are always a good excuse for trying something interesting and that was the inspiration for the Big H Raw Grisette. Raw beers are made without boiling the wort, which has a substantial effect on the flavour. A delicate, light, citrusy Grisette seemed the perfect beer to try this technique out on, and we invited our friends from Bench to collaborate on the brew.

Under the Big H will be pouring at its namesake event, taking place this Saturday May 28th at Henderson. It is also available now at the Henderson retail store and online shop.