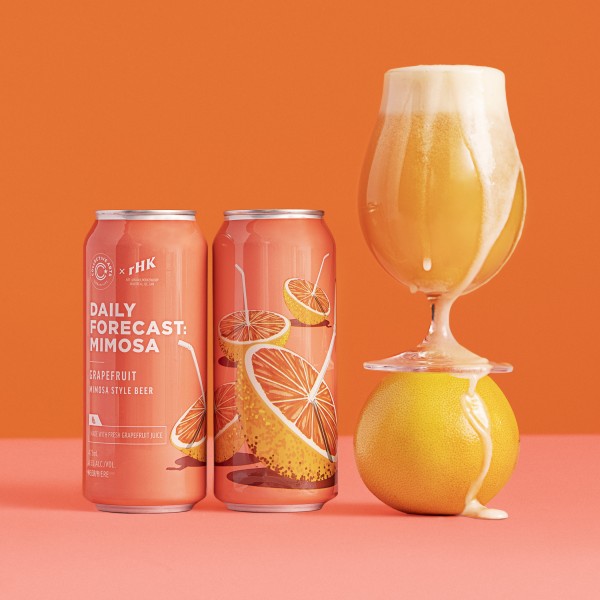 HAMILTON, ON – Collective Arts Brewing has announced the release of a limited edition version of a beer that was added to its core line-up earlier this year.

This Mimosa Sour with juicy Grapefruit uses 33% unfermented freshly pressed Grapefruit Juice, which is blended with a slightly sour beer base. Try our unique take on a bubbly brunch classic!

Daily Forecast: Grapefruit Mimosa is available now, along with the original orange juice based Daily Forecast: Mimosa, at the Collective Arts retail stores in Hamilton & Toronto and the brewery’s online shop.