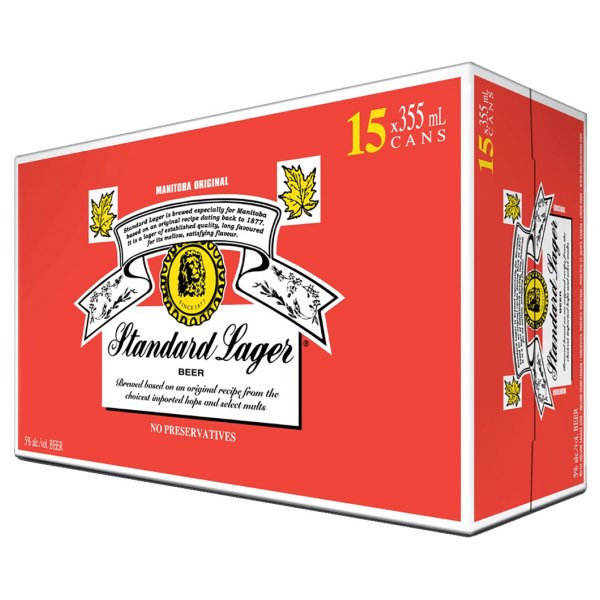 WINNIPEG, MB – Molson Coors Beverage Company is reportedly planning to stop production of a legacy brand that is a cult favourite with beer drinkers in Manitoba.

Standard Lager (5% abv) was first brewed in 1926 by Drewry’s Brewery, which operated in Winnipeg in 1877 to 1940. Various brewery sales and consolidations in subsequent years have led to the Drewry brands ultimately being owned by Molson Coors, which has kept Standard Lager in production exclusively for the Manitoba market.

The discontinuation of Standard Lager, which is described on its packaging as “lager of established quality, long favoured for its mellow, satisfying flavour,” has been rumoured for some time, and the Winnipeg Free Press confirmed with a Molson Coors spokesperson this week that it will be officially retired in September 2022.

According to the Free Press report, the province’s Liquor Mart chain is listing Standard Lager as “out of stock”, but many independent retailers are still selling the beer, and it will also remain available at bars and restaurants as long as it is still in production.