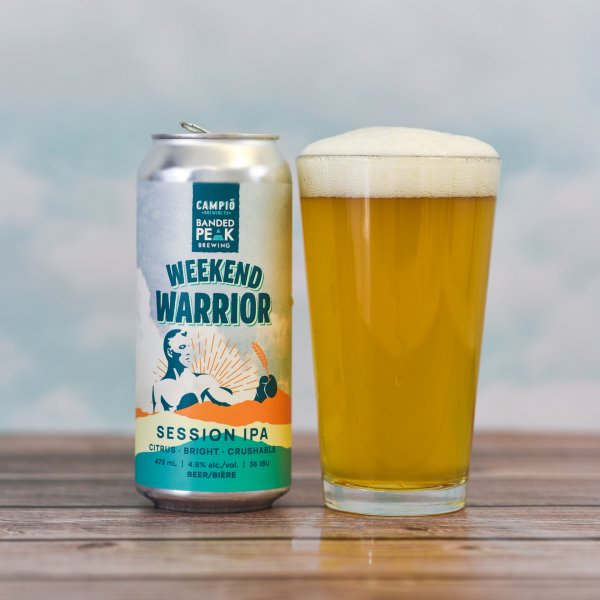 EDMONTON & CALGARY, AB – Campio Brewing and Banded Peak Brewing have announced the release of a new collaborative beer that aims to “unite Alberta’s north and south to celebrate the best of city life and outdoor adventure.”

This Session IPA was brewed to pair perfectly with all that Alberta has to offer, whether that’s catching a game in the Ice District after work or hitting a trail in the Rockies on the weekend. Crisp, bright with hints of melon, citrus, and a honey sweetness from all Alberta craft barley by Origin Malting to back up the big hop punch. Who says being a weekend warrior is a bad thing?