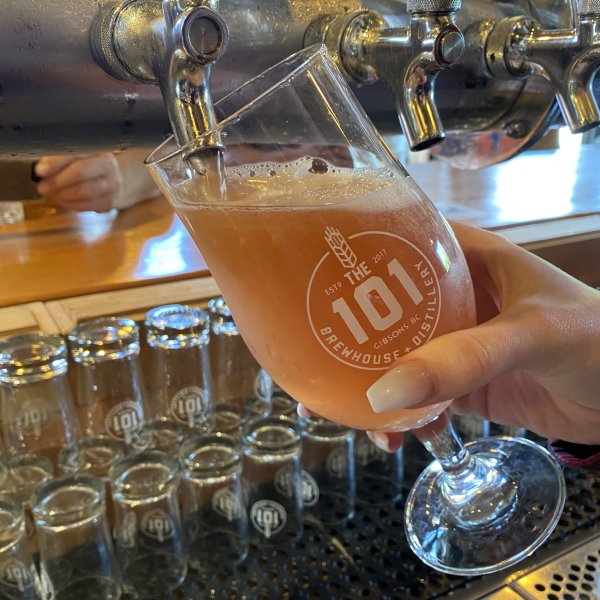 GIBSONS, BC – The 101 Brewhouse & Distillery has announced the release of its latest small batch beer.

Brewed using an Escarpment Labs strain of wild yeast known as Lactic Magic and a touch of Mosaic hops to crank up the tropical notes this brew is dry and champagne like. With an added healthy dose of pink guava puree this beer will have you craving brunch and beachside hangs, yes we assure you it is still a beer, a beer for people who don’t like beer………. yet!

Feelin’ Bubbly is on tap now at The 101 and other select establishments.