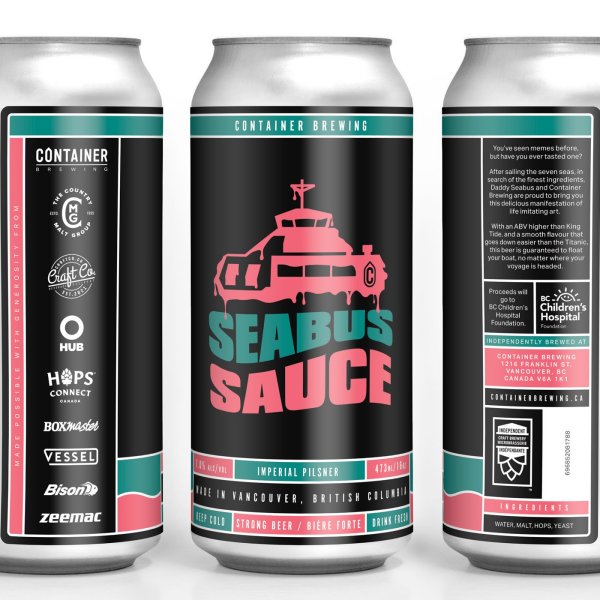 VANCOUVER, BC – Container Brewing has announced the release of a pair of collaborative charitable lagers.

We were fortunate enough to befriend Daddy Seabus by way of a mutual friend and come up with a fun collaboration; we all know his affinity to high ABV beers along with crushable cripsy bois, so we combined the two in this here imperial pilsner that clocks in at 7%. With an ABV higher than King Tide, and a smooth flavour that goes down easier than the Titanic, this beer is guaranteed to float your boat, no matter where your voyage is headed. 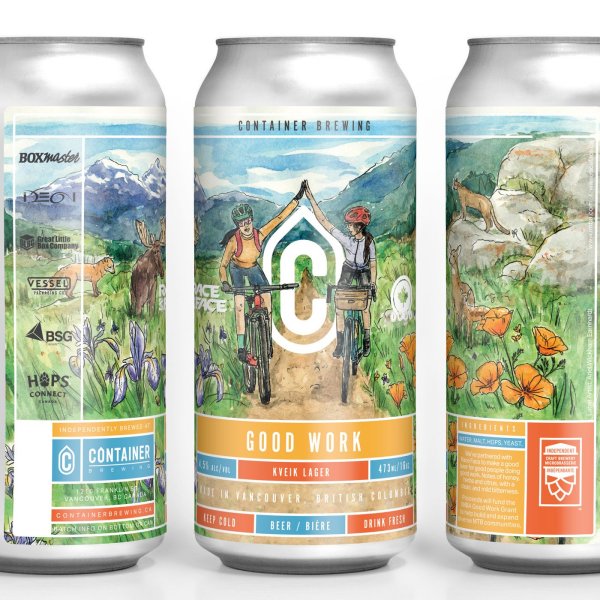 Both beers will be released tomorrow (June 7th) at the Container retail store and can be pre-ordered now via the online shop. $2,500 from the sales of Seabus Sauce will be donated to the BC Children’s Hospital Foundation, and proceeds from Good Work will go to the International Mountain Bicycling Association.