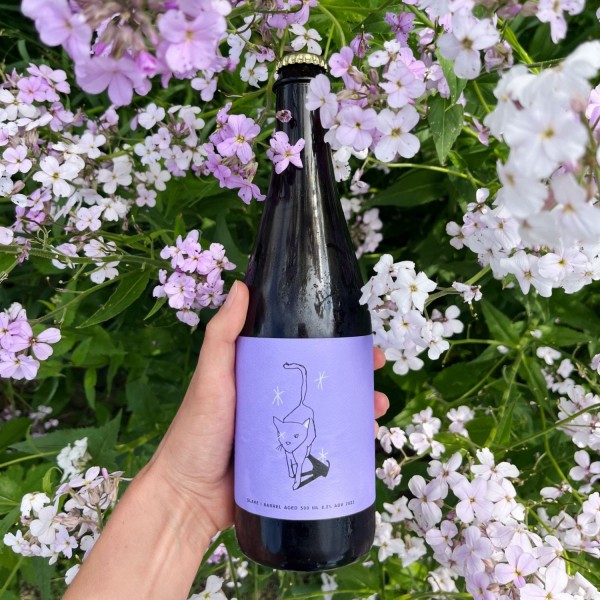 PICTON, ON – Slake Brewing has announced the release of a new beer named after a much-loved resident of the brewery farm.

The rumours are true! We do have a one eyed cat at the farm named Darren and if you’ve had the pleasure of meeting him then you know why he’s the best, and why we named our newly released barrel aged beer after him.

Darren The One Eyed Cat is a grape ale and was made with a blend of 700 litres of Niagara-grown Malbec juice with one year old barrel aged beer from our cellar. Super slakeable, slightly tart, pops of sweet cherry, raspberry and berry, berry, berry. Bottle conditioned and naturally carbonated.

Darren The One Eyed Cat is available now at the Slake retail store and online shop.