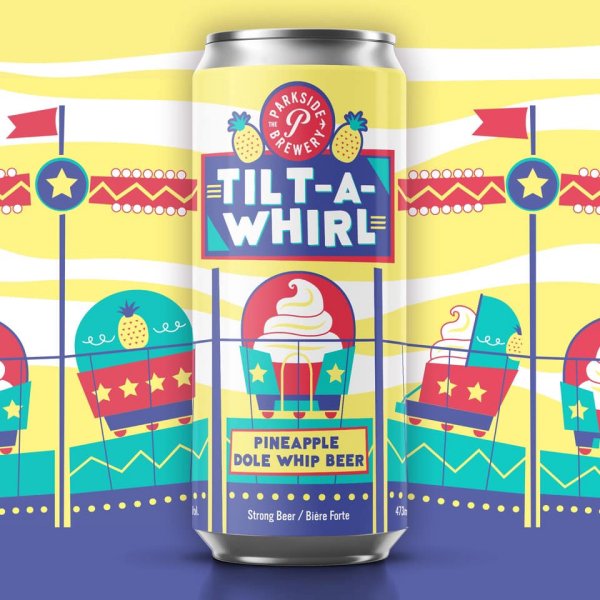 PORT MOODY, BC – The Parkside Brewery has announced the release of a new limited edition beer to mark its 6th anniversary.

Tilt-a-Whirl Pineapple Dole Whip Beer is inspired by a soft-serve ice cream treat that is available at Disneyland. While the brewery hasn’t confirmed the recipe for the beer, pineapple and lactose are the mostly likely ingredients.

Tilt-a-Whirl is available now on tap at Parkside, where they are having a birthday celebration today (Wednesday June 8th) featuring plant-based hot dogs from Good Dogs, live music by Brad Lovell, and the option to turn your glass of Tilt-a-Whirl into a float with Dole Whip ice cream from The Canteen & Creamery.

Cans of Tilt-a-Whirl will be released on Friday June 10th at the brewery and select beer retailers.